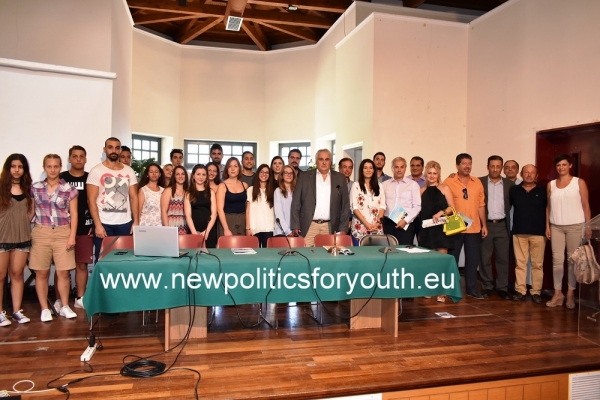 With success and a large number of participation of young people, citizens, elected representatives of the municipality, local institutions, a public informative meeting was held on Sunday 17th September at the Cultural Center of Aigio for the presentation of the results of the project entitled "Local Institution for Democratic Participation of Youth "And their proposals for beneficial and practicable practices in the field of youth by the local authorities.

The project "Local Authority for Democratic Youth Participation" is part of the EU-funded Erasmus + / Key Activity 3 (CA 3) / Structured Dialogue: Meetings between young people and decision-makers in the youth field. a series of activities of the participating young people for a period of eight months, during which a standard handbook of good and best practices in the field of youth for the municipalities and the elected regions was the construction of the New Politics For Youth online platform for young people. 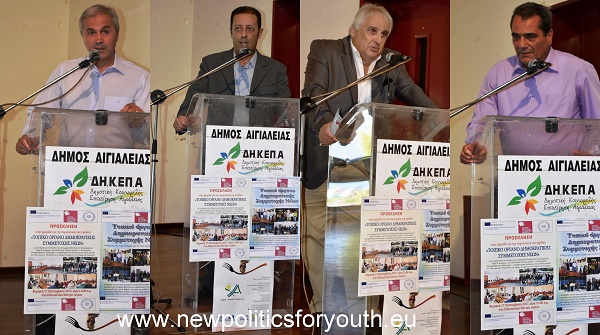 The young people in the area of ​​Aegiali have the knowledge, the imagination, the creativity and the mental courage to offer the best in their country and this was clearly found by the representatives of the local democratic institutions both in the previous meetings with the young people and during the workshop , with the Mayor of the Municipality of Aigialeia expressing in his speech his intention to further support the municipality towards the youth. In fact, he received from the young people the pilot manual to study it and examine the cases of good practices that can be adopted and implemented by the municipality in the youth field. 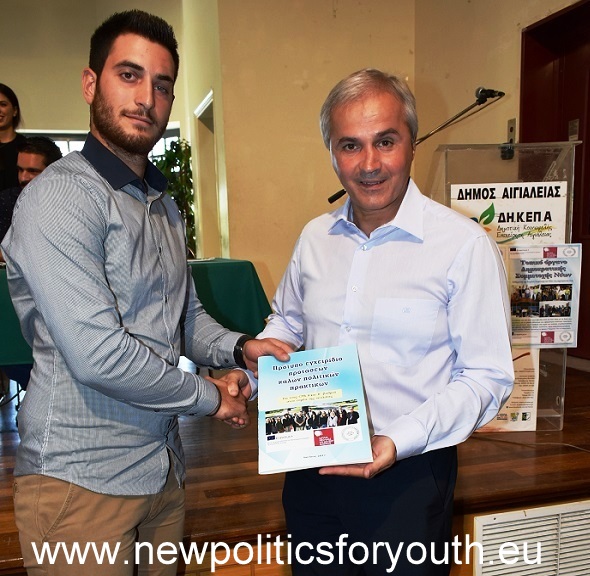 The whole activity of young people in the region expresses a great desire for young people to participate more actively in democratic life and in the decision-making bodies of their country, to extend democratic processes in the form of direct democracy and democratic dialogue, and the expectation of more Europe, ie the functioning of the democratic institutions of their country in European standards, with the Municipality of Aigialeia and the Region of Western Greece having direct access to the needs of young people, as through the implementation of the project there is an innovative example of feasible and inexpensive change for the active engagement of youth through democratic dialogue, with the ability to replicate both locally and nationally as the best practice of policy making institutions in favor of young people. 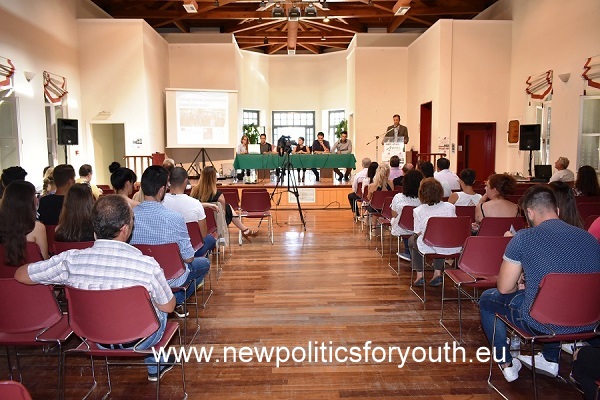 Several elected representatives of local authorities and voluntary organizations were present at the event. Also a few audiences from Aegiali and several young and young people attended the conference with interest. 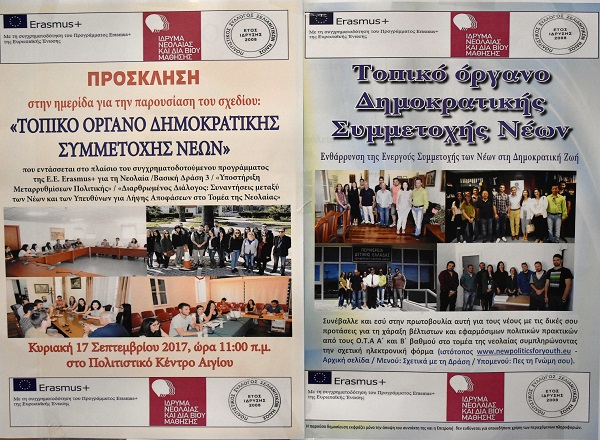 It is noted that, as emphasized in the conference, the website "New Politics For Youth" (http://www.newpoliticsforyouth.eu) of the municipality of Aigialeia to submit their own proposals concerning the development of best practice and beneficial political practices at local government level in the field of youth, contributing to the improvement of these policies by local democratic institutions in support of the real needs of young people.

Also, in the "Electronic Library" section, the presentation of the project "Local Institution of Democratic Participation of Young People" was edited by the young and new participants and in the "Video Channel" section the videoconference and the talks by the representatives local democratic institutions and collective bodies.

This publication reflects the views only of the author and the Commission is not responsible for any use of the information contained therein.

Make sure you enter all the required information, indicated by an asterisk (*). HTML code is not allowed.

back to top
© Design by Cultural Association Selianitika Helios